Bodycount - Behind The Bullets Part 3 : The Demo
Go ballistic by downloading the Bodycount demo from Xbox LIVE Marketplace today. The demo lets players sample the outrageous and over-the-top arcade gunplay that takes centre stage in the shooter that will make players fall in love with firepower. A new video showing the demo’s explosive firefights is now showing at www.youtube.com/bodycountgame.
« Fans should expect a lot of mayhem, a lot of destruction, fun, fast paced arcade action, » said Max Cant, Art Director. « It’s much more of an A-Team experience than some sort of dour, self-obsessed, self-important thing. If you want to have fun, play Bodycount. »
Set in the early stages of Bodycount’s African missions, players will assume the role of a Network Operative dropped into a chaotic warzone, tasked with tracking down a militia warlord responsible for massacring an army unit. Players, equipped with a turbo-charged arsenal of weapons including the G36 SMG, Super 90 Shotgun, grenades and proximity mines, must engage forces from all sides in blistering-paced gun-fights set amongst a shanty town.
A demo for the PS3 will follow.
Bodycount is set to fire into retail on August 30th (North America) and September 2nd (EMEA) for the Xbox 360 and PS3.
Xboxygen 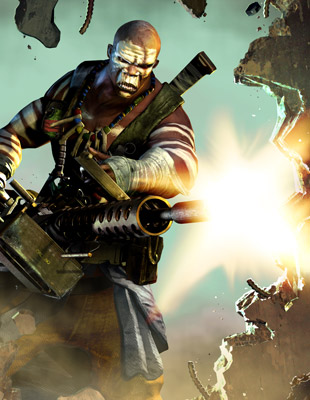