BOUND BY FLAME : EPIC STORY TRAILER
Official website : http://www.boundbyflame.com Facebook : http://www.facebook.com/BoundByFlame DevBlog : http://spiders-devblog.tumblr.com/
Christmas is coming, and Bound by Flame is taking a little break from its final months in the development phase (title set for spring 2014 release) to offer us a scorching Epic Story Trailer ! In this video, the most ambitious RPG to date from Spiders studios (Mars : War Logs, Of Orcs and Men) reveals more about the game world and background which will very soon enthrall players on PC, PlayStation®4, PlayStation®3 and Xbox 360®.
The new video once again provides an exciting glimpse into some of the extraordinary creatures in the vast bestiary in this role-playing game. The bestiary in Bound by Flame comprises some unique and impressive creatures, each with their own behavior, which makes the battles both tactically deep and spectacular.
The rich combat system in the game is matched only by the player’s freedom of action ; he will be confronted with numerous decisions and different choices throughout the quest that could dramatically change how the plot unfolds. The player is possessed by a flame demon and will face a constant dilemma : should he allow the demon to exert its influence to use its mighty powers of fire, or reject its influence and develop his own heroic skills ? The alignment of the player between his demonic and human side will affect various game events, quests and his relationships with his many companions.
Bound by Flame will be released on PC, PlayStation®4, PlayStation®3 and Xbox 360® in Q1 2014.
Xboxygen 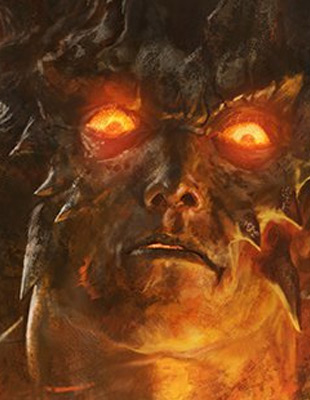